Strength training equipment and gyms started to gain in popularity in the 1960s with a big leap throughout the 1970s. It was in 1977 when the legendary Pumping Iron documentary was released following the training of legends such as Lou Ferrigno, Franco Columbo and of course Arnold Schwarzenegger, as well as other greats from the “Golden Age”.

One thing that has grown in the strength world is the involvement of women. Women have been documented as exercising since the times of the ancient civilizations listed above, but real strength training wasn’t a popularized thing among women until the last 20-30 years, with a great influx over the past 10-15 years.

Today you can walk into just about any gym and find women throwing around chalk, and blasting Metallica. But, there is still a long way to go before women’s strength training and sports becomes as popular as it should.

Below are just a few of the top women in strength sports, and really pushed the boundaries for what we thought was possible.

Donna has set numerous world records including an incredible 171kg (377lbs) Atlas Stone Over Bar record set back in September of 2020 at the age of 40. Donna is also one of the only women to ever successfully lift the legendary Dinnie Stones!

2020 was a rough year for most people. Not Andrea Thompson, though. Andrea set three world records in 2020 which included:

Andrea just turned 37 years old in 2020, but with fellow strongwoman Donna Moore staying strong in her 40’s, I expect a few more records from Andrea before her career is over.

Rhianon Lovelace is a little bit of a unicorn. While small in stature she brings a very rare blend of strength, power and quickness that is completely unmatched in male or female strength sports today.

In September of 2020, Rhianon won the first ever Pound for Pound World’s Strongest Woman, and many believe (myself included) she is pound for pound the strongest person on planet Earth today regardless of gender. A few of Rhianon’s accomplishments in 2020 included:

We’ve already seen some remarkable feats of strength from Rhianon, but the best is yet to come as she is only 24 years old!

Jill Mills was a bodybuilder who pivoted to the strength world. She dominated the sport for much of the late 1990’s and early 2000’s. Jill won back to back World’s Strongest Woman titles in 2001 and 2002. She undoubtedly would’ve won more, had she not stopped competing.

Jill was an all around great athlete. She could lift heavy on static lifts, was quick on all moving events, and seemed unbeatable on any overhead lifting events with her broad and perfectly sculpted shoulders.

Jill did an incredible job blending strength while keeping a physique with very low body fat. A lot of women in the sport today credit their love and desire for the sport to Jill Mills.

No list of strength athletes would be complete without Rebecca Swanson. Rebecca is simply the strongest woman to ever live. Even though she had a short but successful career in Strongman, most of her success came in Powerlifting where she holds records with:

Arguably her most impressive moment came in 2006 when she squatted 804lbs while only weighing in at 197lbs! More than four times her bodyweight!

Strength sports have grown in popularity, and continue to grow with increasing turnouts each year. But, the growth and acceptance of women in the sport is what really fires me up! Strength sports need to grow into something more than just a day of entertainment a couple times a year. In order for this to happen, women need to be encouraged and more accepted throughout the strength world.

Listed above are just a few of the incredible top women in strength sports that have, or continue to push the boundaries of the sport. If you are reading this and feel the fire in your belly to see what you can really push yourself to become then get into a gym, seek advice from others and be the best you can be!

If you enjoyed this article, please consider subscribing to the Hybrid Fitness YouTube channel, and be sure to check out all the other articles from our coaches.

Please check out our other fitness & health articles here – https://hybridfitnessgym.com/articles/ 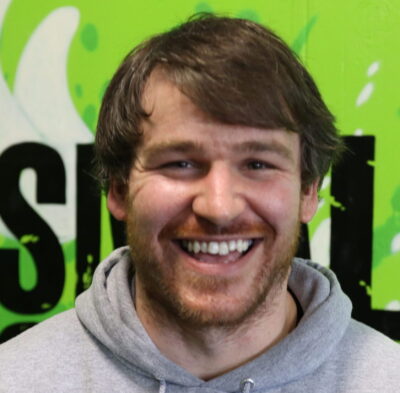 Brandon started working out as an athlete in high school, striving to push his limits and reach his full athletic potential. As he spent more and more time working on his own goals, he found a passion in the science of strength & conditioning, and using that new-found knowledge to help others. Brandon is exceptional at giving his clients the extra push to get stronger in a safe manner, while going above and beyond to making sure they feel comfortable and safe.

How To Improve Low-Back Pain

How To Get Your First Pull-Up: A Step-By-Step Guide